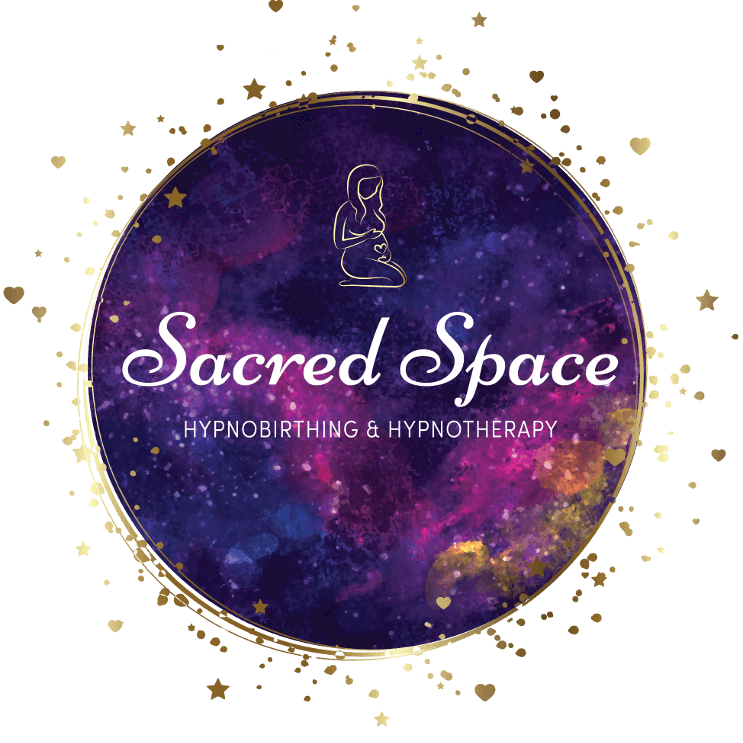 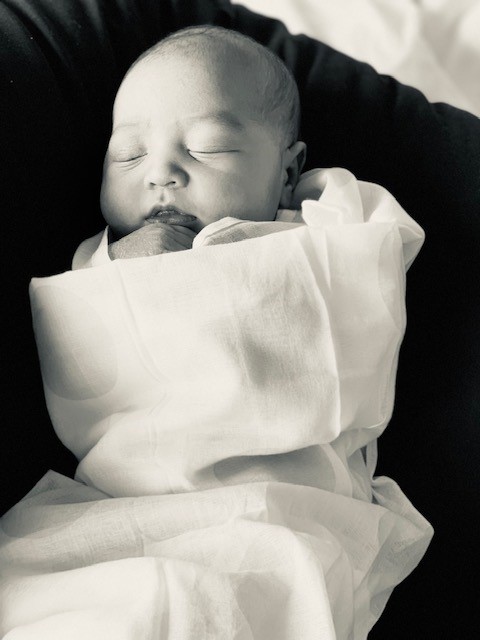 We had another little girl, we are so thrilled! Her name is Madeleine, she is perfect 😍 I went to the hospital on the Friday 23/08/19 for decreased fetal movements and got induced that night. I was 5 cms when my water broken and little Madeleine was born at 5:51am on Saturday 24/08/19. I had the midwife I loved on call and it was an amazing experience. I couldn’t have a water birth because I was induced but I got to have her using the ball and yoga mat which was what I wanted if I couldn’t have a water birth. The hypnobirthing was great, we had the tracks playing while I was having contractions which definitely helped. It also helped Fano keep me on track and centered. I would really recommend you and Kindred. Thank you for sharing hypnobirthing with us. Krystal.

So it started on Tuesday afternoon around 3pm with just period pains and they slowly started to increase and noticed there was a bit of a pattern, I was bouncing on the ball while watching ‘queer eye for a straight guy’ haha I felt really positive and calm.

By 9pm I needed to walk and move while I was having a surge. I called the hospital and said that I thought I was in early labour, they said to ride it out as long as possible and hopefully that it wouldn’t fizzle out. I put on my hypnobirthing tracks to relax and save my energy as I was starting to feel exhausted, every surge I almost did a lap around the house and really focus on my breathing.

By 2am I was ready to go to the hospital, I woke Adam up (he was really sick and had fevers, but he was still really supportive). The car trip was hard! I had a clary sage oil roller and would just breathe it in during a surge as I felt like I couldn’t do anything else to feel comfortable.

I went into a room at the hospital and they weren’t sure if it would fizzle out, so I just continued to walk around and breathe. At 5am they asked if I would like to be checked, I was 50/50 about it but I did and found out I was only 1cm dilated and was a bit disappointed mainly because I didn’t want to get back in the car.

We got home around 6am and Adam went to bed and I was in our spare room on all fours on the bed with a pillow between my legs. I just moved my hips, breath and would collapse onto the pillow to rest in between each surge. I was really uncomfortable by this stage and was doubting myself, I think being by myself for most of my labour I just needed reassurance and encouragement…. but I now know this was my transition period.

Around 8:30am I was stomping my feet and moaning/being a bit more vocal (I had only been breathing, other than that I was silent), Adam rang the hospital and said we were coming back, WORSE car ride! Peak hr and school zones.. not enjoyable!

We got to the hospital at 9:00am, and the midwives quickly checked me which was horrible because I had to be on the bed, but I was 10cm dilated and ready to push! Which I thought in the car I wanted to push, but also didn’t think I would’ve progressed that quickly. My waters broke and really started to bear down, I was on a mat and Adam was on a chair in front of me, each surge I would hang onto the chair and pull back into a child’s pose (like yoga) and then would rest my head on a pillow on Adam lap to try and recover.  I found pushing really hard, I hadn’t slept in 24hrs – I was lacking energy.

They wanted to put a catheter in as I couldn’t wee so they thought it might help baby move down, but then they realised her head was right there and was too late. The midwife suggested I turn around on the bed and hold onto the back of the bed and I would continue to go into child’s pose each surge which I really liked and Adam was at my face.

It turned a little hectic in the last 5-10mins as her heart rate dropped and they didn’t want to waste time, so I had to get an episiotomy. I was very calm still and wasn’t scared when the room filled with people. I felt like no time and she was out, which was 11am on Wednesday.

She had a tiny cord so I could only get her to near my belly button but she did have to be checked over by the paediatrician, so unfortunately didn’t get delayed cord clamping. I did get the shot to get my placenta out as I was exhausted and knew that she wasn’t connected to it anymore

We had an hour or more of really lovely skin to skin and did some breastfeeding, I think I was in shock and couldn’t believe what just happened! I was really proud of myself that I did it without any pain relief and laboured mostly by myself, and I really do believe because I was educated in all areas of the birth I wasn’t ever worried or didn’t understand what was happening

We only spent one night in hospital before getting the all clear to come home, she’s been a little trooper and loves extra cuddles at night time haha and breastfeeding is going well. Thank you for helping us prepare for a our beautiful birth. Michelle.

My ‘guess date’ was 19 June 2019. On 17 June 2am, my waters broke in a big gush. My midwife suggested that I go into hospital to check and they confirmed it was broken. They said I have 48 hours to give birth before higher risk of infection. For the next 40ish hours I was in early labour, I was going for walks, we went shopping, doing spinning baby exercises, using hypnobirthing techniques and just breathing through. The surges were getting slightly stronger but not consistent. It was actually a fairly enjoyable 2 days and Joseph and I spent some quality time bonding.

We went into hospital at around 8pm on 18 June and hospital midwife said they actually detected Strep B in an earlier test. Hospital policy was that they induce me as I was nearing 48hours plus Strep B. At this point my surges were coming on really strong and regular and even walking into the hospital didn’t deter them. They started to put the drips into my wrist etc, I remember turning to Joseph at this point and saying “This is not what I wanted.” My midwife arrived at this point and I was admitted at 11pm. When she checked my dilation prior to induction she found I was 6cm already. She did a stretch and sweep. I asked her to talk with the doctor and allow me to continue naturally. Doctor agreed.

For the remaining 6 hours of active labour I did a lot of spinning baby exercises as her head was slightly angled. These were really hard as I did them during surges, many times I thought I couldn’t go on! I felt the urge to push and asked my midwife to do another examination and I was at 10cm. An hour and some exercises later she arrived. Joseph caught her. 🙂 We did the golden hour and we delayed cord clamping until after the hour. I was absolutely exhausted so I fell asleep. Pele Rose was born at 5.55am 19th June, her guess date!

I lost significant blood after the placenta delivery and I stayed 1 night and checked myself out the next day as I was feeling good and the Paediatrician was taking too long haha.

I actually accidentally left my mp3 at home so I didn’t use any of the hypnobirthing audios! Still, I’m very thankful for having learnt the skills because I breathed and focused through my surges and I knew my body could do it even though at times my mind was telling me otherwise.

Pele is 2 months and 5 days today. She’ll be flying for the first time on Tuesday to Samoa. In October she’ll be travelling the world with us for the next 6+ months. 🙂  Thank you so much for doing what you do and I hope you’ve enjoyed my birthing story and being a special part of it.

Contact me today to book a 20 minute free consultation where I answer all of your Hypnobirthing questions and recommend the best course of action for you and your baby’s birth.